The venue was the Tripuravasini Gate, at the Bangalore Palace grounds.

The 3 day Organics and Millets International Trade Fair 2019 is the biggest of its kind compared to its 2 predecessors of April 2017 and Jan 2018.

It has a total number of 400 booths including 220 exhibitors participating from ten states across the country and 23 food stalls. The states include Chhattisgarh, Odisha, Uttarakhand, Tamilnadu, Andhra Pradesh, Himachal Pradesh, Punjab, Manipur, Kerala and Telangana.

The Chief Minister made a brief survey of a few stalls before entering the main hall for the inaugural ceremony.

The program began with the singing of the Karnataka anthem.

The Chief Minister’s in his speech, conveyed that the Government of Karnataka has been focusing on organics and millets for the last two to three years and it is committed to stand by the farmers and do everything possible for their welfare.  Millets would be a part of the State’s midday meal scheme in Government Hostels and in Indira Canteens. Through the efforts of the OMITF2019, he hoped that there would be an increased awareness about organics and millets, through exchange of knowledge and direct interaction between farmers and buyers and other stakeholders.

The new edition of the Millet recipe book, a short video on the theme of trade fair and the Farmer Identity Card, were the releases that took place during the inauguration. The card is to enable farmers to avail the benefits of several schemes and initiatives that the Government of Karnataka has implemented.

In his speech, Shri Shivashankara Reddy indicated that the B2B sessions would be organized on all the 3 days with around 100 pre registered domestic buyers, 85 farmer groups from the 15 regional federations and the FPOs and other farmer groups.

Farmers Workshop would be conducted in Kannada on all the 3 days and spread over 4 sessions, with 29 speakers and 3 doctors who would speak about the health benefits of organics and millets.

There would also be a International Conference conducted separately for organics and another for millets with over 42 speakers from over 7 countries delivering lectures on organics and millets. 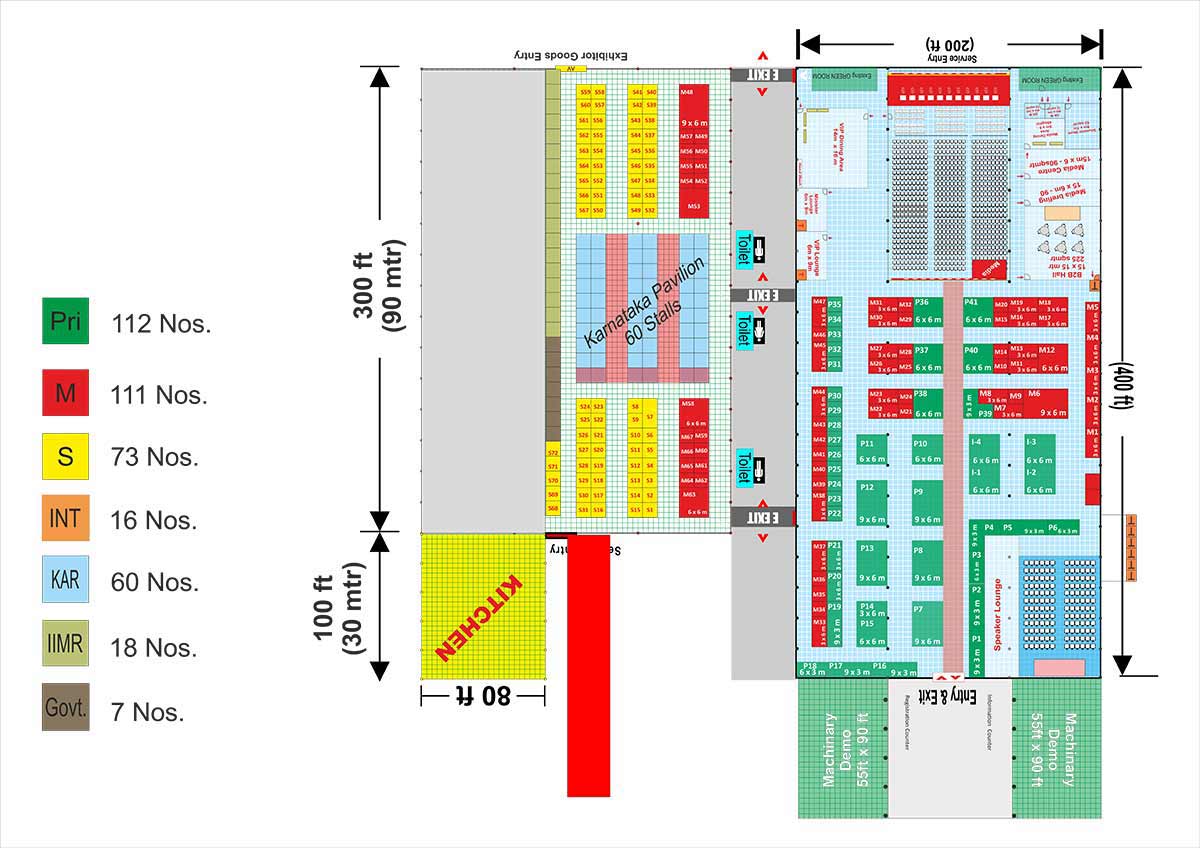 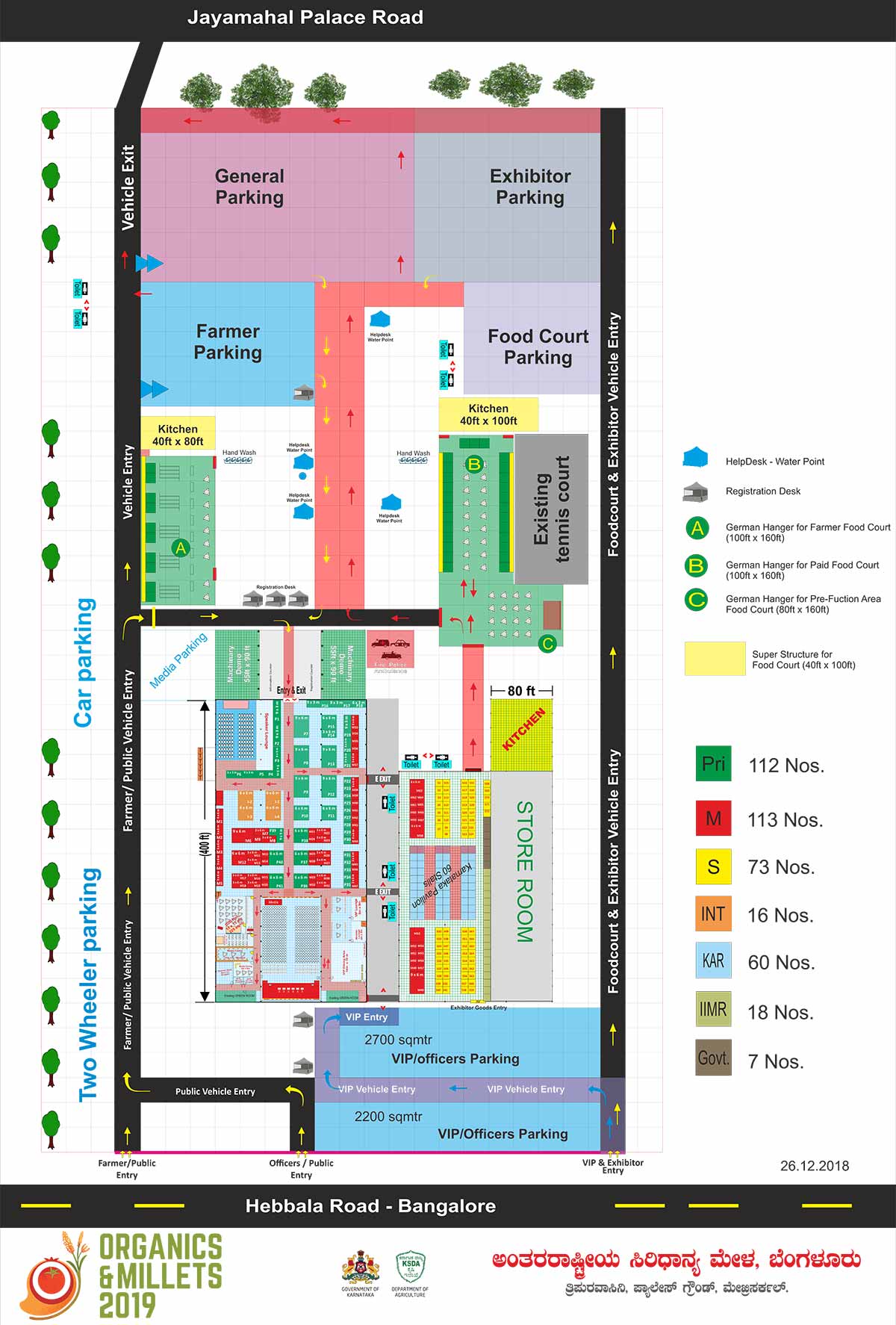 The exhibition was divided into several sections that included the main exhibition area with private stalls, stage, VIP dining, halls for B2B sessions, media room etc. The adjacent exhibition area had the Karnataka pavilion and stalls of the various farmer federations.

The food court called Khanavalli with food stalls and delegate dining area and farmer’s dining area were the other sections of the fair.

There were several stalls with private brands as well as farmer federations, selling several innovative and healthy items.

There was also representation from various states of India as well as International.

A glimpse of some of the stalls.

The VIP dining is catered by Taj West End and they had a very interesting array of dishes that included several millet based items.

The food court has around 23 outlets selling various organic and millet based dishes.

One corner of the hall is dedicated to the stage and seating where the cooking demos, discussions and contests would be held.

The next session was conducted by Chef Vikas of the Embassy group with savory and sweet topped tostadas.

The day ended with Cultural programs performed on the main stage with colorful performances by various troupes. 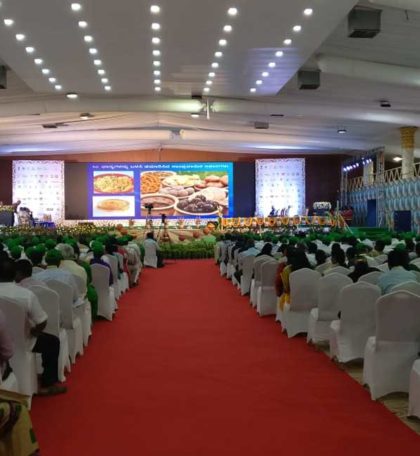 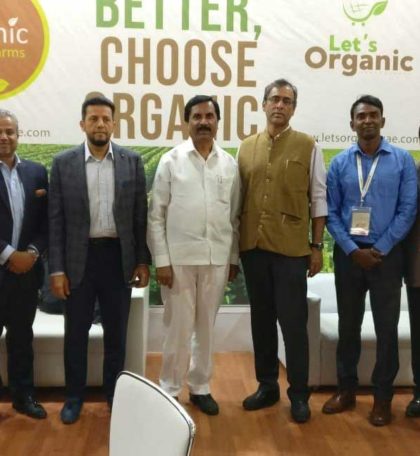 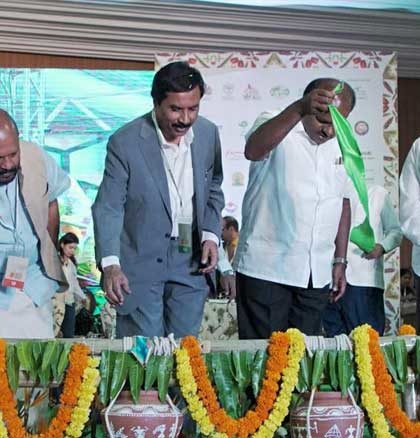 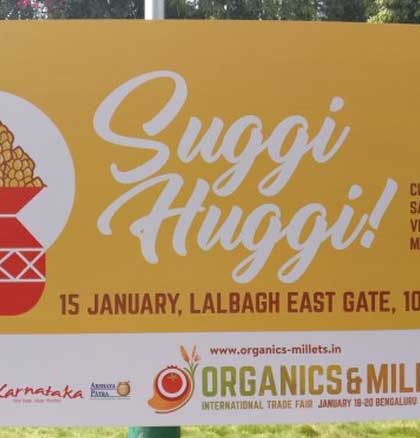 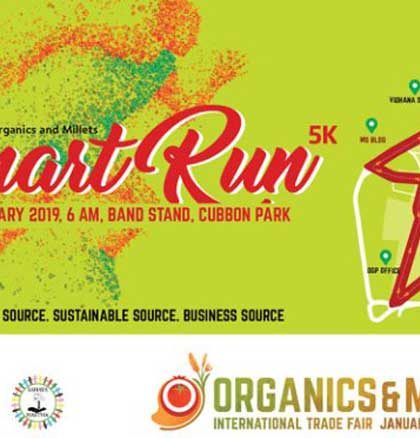