The Dept. of Agriculture, Govt. of Karnataka, organized the Organics & Millets 2017 National Trade Fair at Bengaluru in April 2017 with the objective to expand the market for organic and millets produce grown in the State. The Fair created tremendous awareness about health benefits of organics and millets. There has been overwhelming consumer response. Many Ministers and senior officials from Central and State Govts. participated and lent their support.

The Organics and Millets 2017 National Trade Fair opened a new era in the field of organic foods and millets across a wide spectrum of people. The Trade Fair emerged as the largest congregation of India’s organic and health foods community, positioning Karnataka as the Organic and Millet Capital of India. 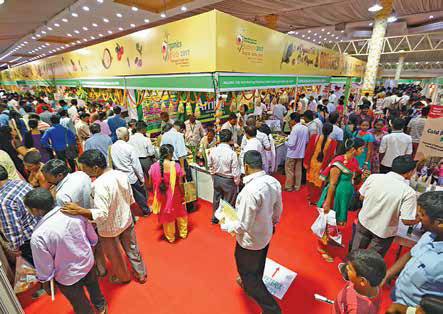